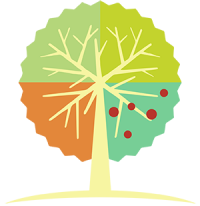 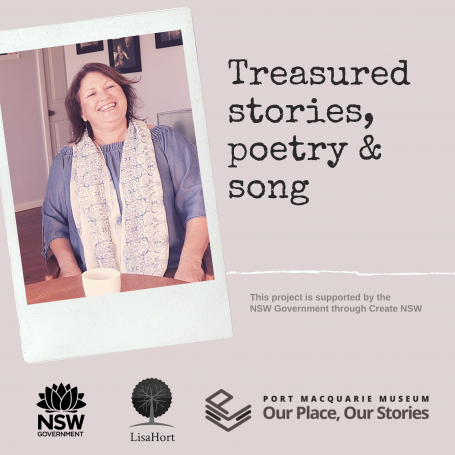 TimeSlips Brings meaning and purpose into the lives of people living with dementia through creative storytelling & meaningful engagement.

About this Event Facilitated by Creative Ageing facilitator Lisa Hort founder of Unique Collaborations, TimeSlips creative storytelling sessions are especially designed for people living with dementia and their carer or support person. Together We Create programs brings together ... Treasured Stories, Poetry and Song - Together We Create

A project that brings together technology, historical images, shared moments, meaningful engagement and stimulating conversation especially designed for people living with dementia and their carer or support person. For this unique project, I have engaged the creative expertise o... 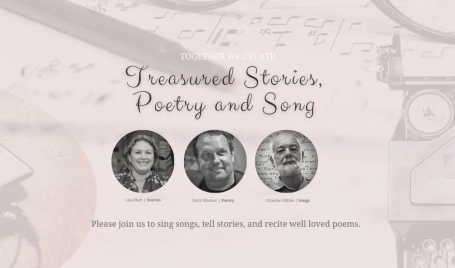 Treasured Stories, Poetry and Song l Together We Create

My name is Lisa Hort and I am the founder of Unique Collaborations. I am embarking on a new creative communities project, Treasured Stories, Poetry and Song - Together We Create A project that brings together technology, historical images, shared moments, meaningful engagement ... 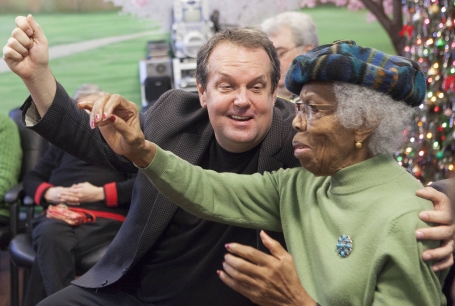 Two Port Macquarie projects have won funding under initiatives to boost the arts and cultural sector impacted by COVID-19. It is part of more than $650,000 in state government funding through Create NSW delivered to 70 independent artists and small to medium arts and cultural org... 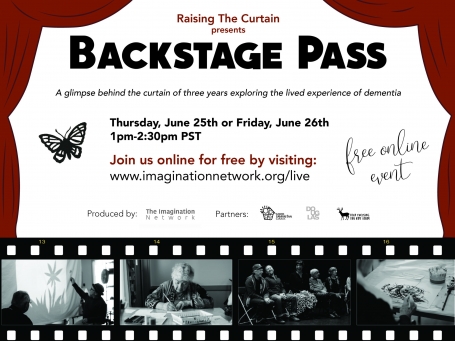 The Imagination Network was founded on the belief that—no matter our age—we can continue to contribute to our community.

Raising the Curtain is a ground-breaking multi-year research project that combines Community-based Participatory Research with Community Engaged Arts Practice to explore the question: “What is the lived experience of dementia?” through the ideas, creativity and perspectives ... 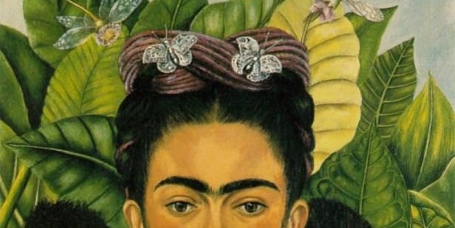 For my creative friends who love the artist Frida Kahlo and would like to explore the medium of self expression; the London Drawing Group is holding an online drawing session via Zoom, Looks like it will be really fun, check it You may have to get out of bed earlier, wipe t...

"Treasured Stories, Poetry and Song – Together We Create"

In preparation for the delivery of the Create NSW Health and Wellbeing Grant that I successfully received for my dementia friendly project called "Treasured Stories, Poetry and Song – Together We Create" I connected with my VIP guest and co-host Gary Glazner, Alzheimer's Poetic... 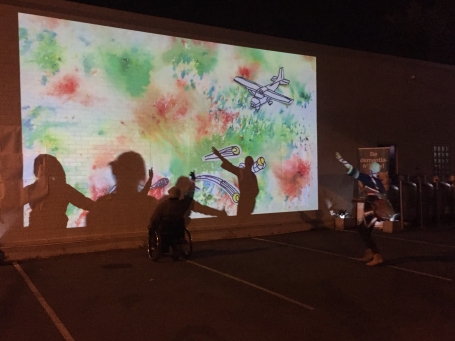 We are currently going through challenging times and to brighten your day, I would like to present an animation called "Sunday Afternoon."  This project was created by seniors living with dementia, under the guidance of animator Katherine Appleby and creative ageing practiti...

With the outbreak of the COVID-19, my casual employment and creative community business came to a sudden halt, leaving me in a dilemma of how do I continue to work and deliver cognitively stimulating and engaging programming to seniors who are often living isolated life at home ... For my artist friends this free "Artist Business and Goals Roadmap Course" may interest you.

Artist Business and Goals Roadmap Course  Part of the Role Model Business Artist Success Academy   The purpose of this course is to introduce the artist transitioning from hobbyist to artist in business who wants to improve their results to the basics of business goals... 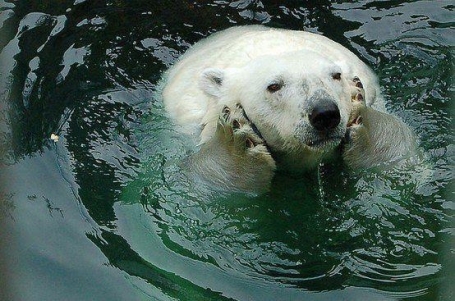 I'm so excited; it looks like I am back in business, connecting community through TimeSlips Creative Storytelling.

In the coming days; I will be connecting with my client to pilot a virtual TimeSlips session. From here; if all goes well, I'd like to grow this free pilot into a group TimeSlip session. If you are a senior, a people living with a memory loss or know of someone living in the com... 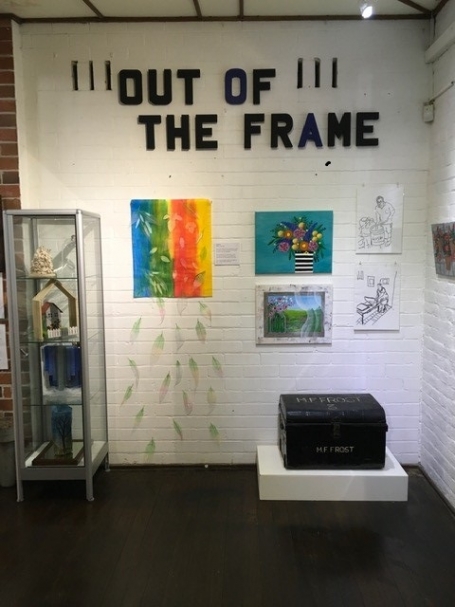 Out of the Frame Exhibition Seniors Festival, Port Macquarie Museum 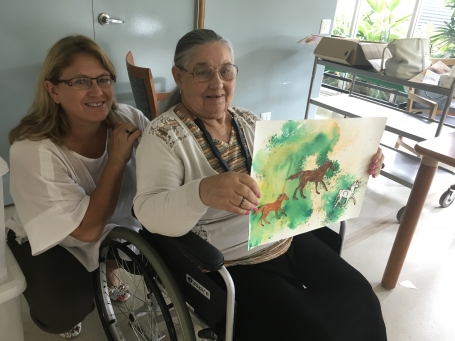 Autumn 2019: ArtWalk, Port Macquarie Hastings Council “Four Seasons in One Dementia Day” a series of four dementia-friendly community activities over four seasons is being featured on the Dementia Australia webpage. ... 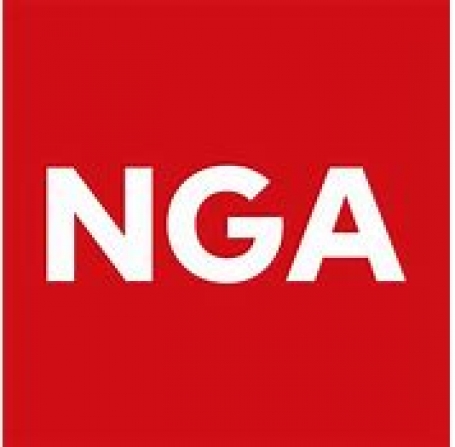 2019, I was invited to the NGA to attend the Art and Dementia Symposium with other artists, arts and health industry specializes from across Australia.  While at the NGA we attended a Best Practice art making workshop conducted by the NGA artist/educators and a speciali... 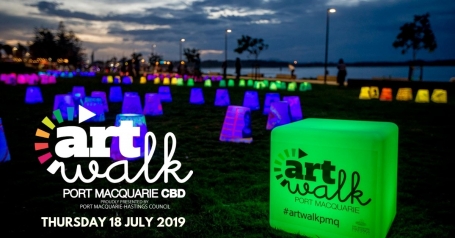 In 2016, I attended Transforming Care for Elders Through Creative Engagement training, Milwaukee USA, with Professor Anne Basting. On my return to Australia, excited from what had learnt, I approached the Port Macquarie-Hastings Council, with the idea of including a Creative A...

In 2019, I was contacted by reporter Tania Phillips from Seniors News to chat about TimeSlips and the  sessions I facilitate at Port Macquarie Library, the outcome of the chat was an article been print in the Senior News, April 2019 with circulate north NSW to Queensland an...

Continuing on from previous successful years of collaborating with Port Macquarie Museum on the annual, NSW Senior Festival, this year for Seniors Festival Exhibition our narrative is 'Out of the Frame.'  For the 2020 'Out of the Frame' Exhibition, the artists are from Por... In 2019, the National Gallery of Australia invited myself and others working in the creative ageing field from different professionals areas to the NGA for a Arts and Dementia symposium, Masterclass with Yoko Hayahi from Arts Alive Tokyo and a Best Practice art making workshop w... 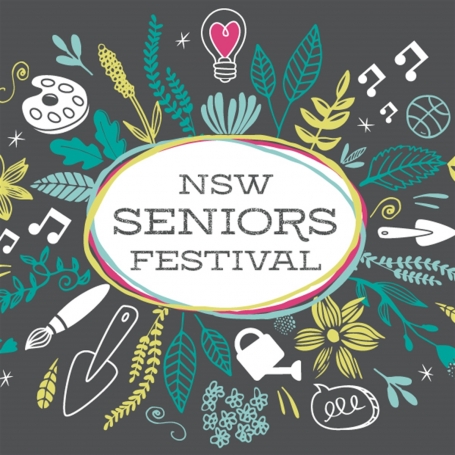 25th of March 2020, I successfully completed the Infection Control Training - COVID 19 . I felt it was important for me to complete this online training; I wanted to test my understanding and knowledge on COVID-19, to achieve a clearer understanding of how COVID-19 was infecting... 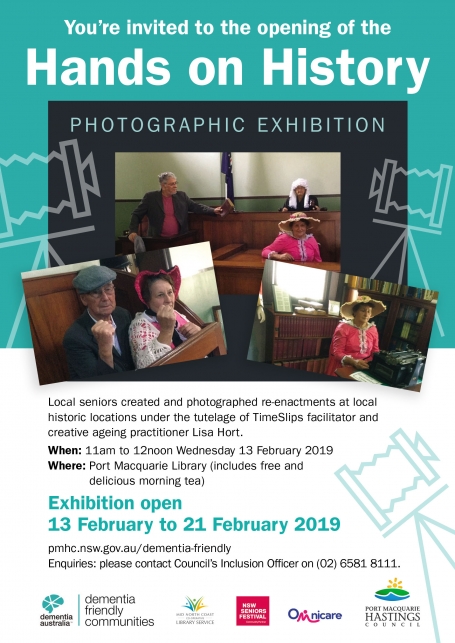 The Hands On History Photographic Exhibition, was opened on the 13th February 2019 at Port Macquarie Library with many in attendance and launch your the Mayor Peta Pinson. Exhibition was open to the public from the 13 February to 21 February 2019. ... 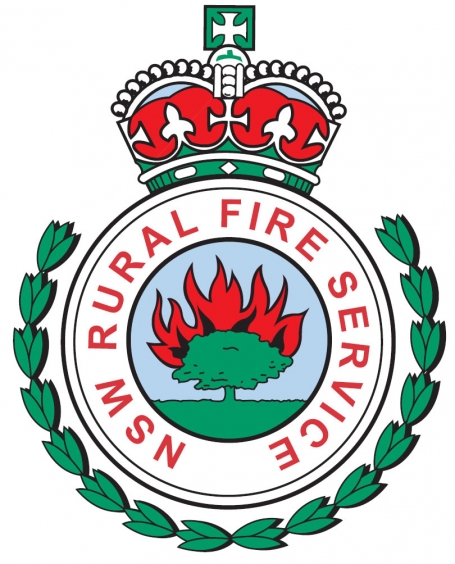 In addition to facilitating inclusive creative programs in my community, I am a servicing volunteer member of the Rural Fire Service.  Currently, my RFS roles include brigade's treasurer, firefighter and community engagement facilitator. I am also on the district's commun... The program is aimed at engaging people living with memory loss and helping them learn new skills.    TimeSlips opens storytelling to everyone by replacing the pressure to remember with the encouragement to imagine.  Lisa Hort is the facilitator of the session ...

What is a TimeSlips Creative Community of Care looks like in America, How about in Australia, we turn age care on its head and remove the stigma of age and make the goal of turn age facilitates into Creative Community Care centres of joy, laughter and celebrations Check the ... 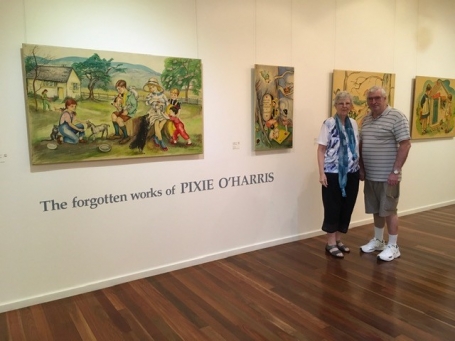 This week, I offered my client and her caring husband a unique adventure of discovery. We ventured into the mystical world of fairies and pixies, cowboys and Indians, baby animals, and scenes of children playing as we explored the exhibition of Pixie O’Harris - The Forgotten wo... 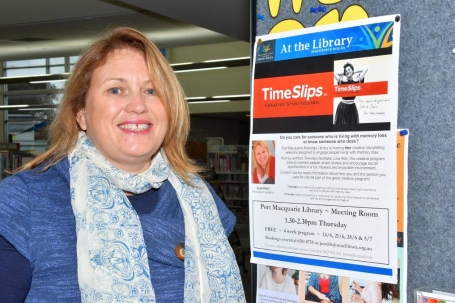